Spirit Offered Me Over Twice My Ticket Value To Take A Voucher. I Said No. When travel first started to drop off significantly over a month ago, we saw some truly insane deals. Passengers were canceling or postponing their travel plans, and airlines were being left with planes full of empty seats. Fares started to plummet. For many city pairs, there were truly fire sale prices that I’d never seen, even for flights just a week out. Getting people on planes and keeping cash in the coffers seemed to be the number one priority.

I tracked the flight prices out of curiosity more than anything. But I did end up pulling the trigger on one ticket, just in case travel rebounded as quickly as I hoped it would.

Although a ticket to Las Vegas for $20 round-trip from Sacramento was pretty head-turning, the best “value” I saw (and probably will ever see in terms of $/flown mile) was a nonstop Spirit Airlines ticket from Oakland to Fort Lauderdale for $39.60 round-trip. You read that right. Spirit was selling coast-to-coast flights for less than $20 one-way! Talk about crazy.

Figuring I’d just take a voucher for later in the worst-case scenario, I booked tickets. A few days in Florida in May, assuming that travel was better by then, sounded lovely. Judging the situation now, things are still looking pretty dicey, even for late May.

But Of Course, The Flight Is Canceled

As things drew closer, I had a feeling the flight would be canceled. There was a schedule change a week ago. Then I got the anticipated email today: the flight will not be operating. Well, that seals the deal. No three days in Florida, even if I decided things were looking up enough by then.

Spirit’s cancellation email informed me that I would have the flight as credit for a future trip. I expected that they would point me toward this, but DOT policy is that they must offer a refund. Buried in the footnotes was information on contacting them via WhatsApp to request a refund. Which is what I did.

The Spirit WhatsApp experience was really easy. I’ve not flow the budget carrier, but the ability to interact via chat was quite nice. I selected the option for a canceled flight.

As expected, Spirit encouraged me to take a voucher. All the airlines are hurting for cash, and I figured I’d still be pushed toward this option. What I didn’t expect was the generous offer of additional credit. Spirit offered an extra $50 if I took a voucher rather than be refunded my $39.60. While nominally not a lot, this is still impressive, as it is over twice the ticket value. If I flew Spirit semi-regularly, I might have taken them up on the offer. However, this would have been my first trip with them ever. The only nonstop destinations out of California are Las Vegas and Fort Lauderdale, departing from Sacramento or Oakland, which really limits my options. I booked this with the intention of scoring a crazy deal, more than anything. Unfortunately, I don’t have other plans.

So, I replied with the option to receive a refund which took me to a form where I could enter the record locator and email. Now I just have to wait for it to be processed, which is supposed to take ~1 week.

I’ve heard of a few airlines offering additional credit for taking a voucher, but it is typically a percentage of the ticket (e.g. Finnair offering 10% extra value). I had a feeling Spirit would push me to take a voucher, but I didn’t expect them to incentivize the option this much (at least in terms of % of purchased fare). If this had been a Delta ticket and not Spirit, I would have certainly accepted the voucher for a total value of ~$90. But given the unknowns right now in the travel sphere, a refund was more prudent.

If you’re still holding onto tickets for trips within the next few months, I’d wait until close-in to see if the airline cancels. This puts the ball in your court in terms of refund options, as DOT policy stipulates that you can receive a cash refund. And who knows, the airline might just offer you enough to take a voucher.

What would you have done in this situation? 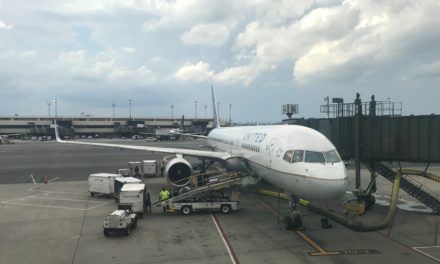 Don’t do it! I was just offer the same thing and I read elsewhere that they make it so you literally cannot use this voucher for any flight, and no matter how much you complain They just read you the same thing over and over again.

Great link. I have heard horror stories about their “inconvenience” vouchers impossible to redeem. It’s unclear whether this would be the case here. If it is an additional $50, not bad. If it is a separate $50 voucher of the described in the link? No good.

[…] Spirit Offered Me Over Twice My Ticket Value To Take A Voucher. I Said No. by Travel Update. […]

Because they know that 70% of voucher credit go expired. And likely, yours would too.

Yup. Without other concrete plans, getting the $40 back is best.