I Just Got the Dreaded SSSS Insane Itineraries Appear to Have Caught Up With Me, I Received SSSS

After a fantastic three-hour nap, breakfast, a hot shower, and some Netflix, my time at the lounge and sleeping room was coming to an end.  Around that same time, check-in for my Lufthansa First Class flight from Frankfurt to New York opened up.  I was going to check-in and then leisurely make my way to the departure lounge in Terminal 2.  After trying to check-in using both my laptop and cell phone, it was obvious that something was wrong.  I kept getting error messages. The Lufthansa service desks are a minute (not kidding, just a minute) from the Plaza Premium Lounge.  I decided that I’d check in at one of the service desks to avoid any issues in Frankfurt.  Finally, after I explained to the agents that because of the time change, it was actually in fact time to check in for my flight, I received my boarding pass.  The second the agent handed me the boarding pass, I laughed.  There it was.  The dreaded “SSSS”.

I laughed because not three hours ago, I was sitting in the sleeping room reading a post on One Mile At a Time about Ben’s process of getting a redress number to avoid receiving SSSS in the future.  I made a remark to myself when I was reading that post, “I bet I get SSSS soon.”  Three hours later, I was standing in Heathrow’s Terminal 2 with my boarding pass clearly displaying the letter S four times in bold font. SSSS stands for Secondary Security Screening Selection.  It’s issued by the Transportation Security Administration as a secondary security measure.  There’s very little information available regarding how one is selected for secondary screening.

That’s the main reason SSSS has is somewhat controversial especially with civil liberties groups.  There are no guidelines to who gets it and why they get it.  Additionally, SSSS is accused of being racially and ethnically motivated.  However, again, little is known about why one receives SSSS.

Basically, the main goal of SSSS is to target high-risk passengers and screen them thoroughly to ensure security and safety.  SSSS screening usually means the selected passenger will receive a patdown, their luggage hand searched, and agents might ask a few questions.  Of course, I’m not a high-risk passenger.  I know that and I’m sure readers know this but apparently, the US government thinks otherwise.

There’s a widely accepted theory that one-way tickets, odd itineraries, and short stays in foreign countries can trigger SSSS.  If this theory is true, I know why I’ve received SSSS for the first time.  I’ve been flying internationally frequently and laying over in international countries for short periods of time fairly often.  My parents have always said, “One of these days the government is going to track you down and think you’re some drug dealer or something.”  I always shrugged and chalked that statement up to hysteria.

But receiving SSSS doesn’t really worry me.  I’m not one to throw a fit over privacy and my travels are purely for fun and for this blog.  I don’t mind additional screening and I have nothing to hide.  That’s why I’m not too concerned.  I don’t mind having to go through the full body scanner or the metal detectors.  I don’t like pat downs but if that’s what’s on-tap for me, I’m not going to fight the TSA.  I will, however, become concerned if this becomes the norm for me.  For now, I’m just eagerly awaiting my Lufthansa First Class trip.

SSSS sucks.  I’m not going to deny it.  I’d much rather just go through security without additional screening, but there’s nothing I can do about it.  I thought because of my status as a known traveler that I’d never encounter SSSS but I was wrong.  I’ll report back my experience with SSSS and of course, my experience in Lufthansa First Class.

Have you ever received SSSS? 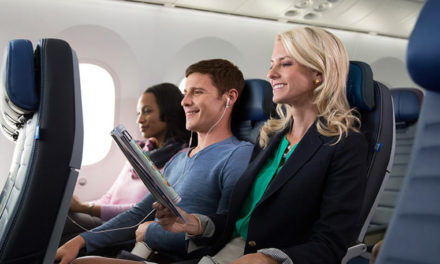 I got the SSSS disease on my boarding pass from FRA-PDX last month on Condor (flying in biz class). It must be completely random. The screeners in Frankfurt were EXTREMELY cordial and polite (actually quite funny). I was shepherded to a corner behind a screen, where the male screener gave me a very thorough pat down from head to the tips of my toes, and also inspected my shoes very closely. The female screener meanwhile went through my carry-on bag very closely. (I assume they switch roles for a female passenger) Overall, took about 5 minutes, and while mildly annoying,… Read more »

I got hit with the SSSS when flying back from Stockholm. Visited for 4 days with my son. Because drug lords and criminals always bring their kids with them to commit crime. HAHAHA Overall, it wasn’t a big deal… just had to go into a private room at the gate, answer a couple questions, got pat down, and they inspected my bags. Took all of 5-10 minutes including wait time.

I got it from Stockholm too, for the first time, but so did about 1/3 of my entire flight. I believe that Stockholm airport uses SSSS a bit differently than the US. I think it’s just their way of randomly selecting 1/3 of passengers for extra screening. The screening also happened at the gate, after getting my EU exit stamp. I was on a connecting flight so I didn’t go through any security prior at Stockholm. It took an extra minute or two and I was at the gate 🙂

I have gotten it and not a big deal. Happened on AA LHR top ORD.

My frequent, unusual, last minute, one way tickets got SSSS most of the time. More security checks but really not worried though :)..

I don’t think it targets specific people but rather behaviors such as one way tickets and frequent short trips.

Well as a middle aged white guy that has gotten a few SSSS’s over the years. I highly doubt that it is an ethnic or racial profiling process 🙂
Good luck. You might need that TSA Redress info Lucky posted today.

I kinda agree with you. I was just citing why some lawmakers, politicians, and civil liberties groups aren’t a fan of SSSS. Just seeing all of the bloggers getting SSSS makes me think it’s more about one-way tickets and short layovers.