Over the last couple of weeks, we’ve seen multiple reports depicting how fraudsters are capitalizing in these times of crisis. Not too long ago, we saw reports about how travel credit card fraud is on the rise despite a drop in the number of people traveling. Initial reports depict that something may be amiss at Chase. Multiple Twitter users are pointing out this morning that something’s awry with their Chase accounts. A few customers are saying that funds have gone missing, while others say that they’re seeing more money than they should.

Chase Bank customers nationally are reporting missing/added funds to their accounts on Sunday morning, with some app outages. Chase that said parts of its app weren’t available Sunday morning, and it advised customers to try again later.

Chase customers reported that their app was down and that they were missing money even though they had no recent transactions.

Really @Chase @ChaseSupport… nobody manning the phones or digital support until tomorrow morning!? I like thousands of others have a mortgage payment due this week that just disappeared from my account overnight #chasebank
CC: @FDICgov @bbb_us pic.twitter.com/7l13XCmmTQ

For @Chase @ChaseSupport to stay so silent while they’re hundreds of ppl missing over THOUSANDS of dollars out of their accounts with no transaction history and no customer service addressing the issue is unacceptable! #ChaseBank

It’s pretty common for many banks to run account maintenance over the weekend. As a result, we’re often unable to access our credit card or checking/savings accounts temporarily. However, at the moment this surely seems like more than just a small glitch as multiple users are reporting this. In certain cases, customers have seen funds withdrawn from their accounts. However, others are seeing more funds added to their accounts. What’s even more intriguing is that Chase hasn’t put out any official statement yet.

Last year, I also became a victim of credit card fraud. Thankfully, I was immediately alerted about the transaction due to Apple Pay and Amex did a great job while handling the situation. Many people in the miles and points game carry more than one credit card. It’s always prudent to closely monitor your credit card statements and bank accounts. As it transpired in my case, simply setting up the right notifications can go a long way in alerting you about possible fraudulent activity.

Are you seeing anything unusual with your Chase banking accounts? If yes, how is Chase responding to the situation? Let us know in the comments section.

Chase tweeted this in order to address the issue. As per Chase, they’ve now resolved the issue.

We know some customers reporting seeing incorrect balances in their checking account overnight. This was caused by a technical issue that delayed updates on what displayed on Chase Mobile & Chase Online. We resolved this issue as of 9AM ET and accounts now show current balances. Hotels brace for closures, approach the White House for aid 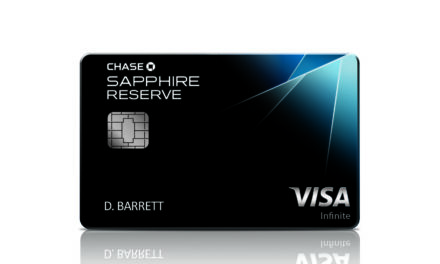 It baffles me that ppl bank with Chase or even worse, Wells Fargo. Biggest rip-off companies in the US.

Chase Bank in my opinion and based on my own experience banking with them are the “Hackers” ….that said, they rearranged my transactions, pulled completed transactions and posted them back to my account with a pending status and sat on it until they were able to make it look like I became overdrawn… I should have had an extra 600 dollars in my account and instead ended up with over 1400 dollars in fees. My chase app on my phone quit working during that time for about a week, my debit card got frozen and they made me request a… Read more »

I seriously doubt Chase’s backend checking/savings account system was hack… This is next to impossible It’s more likely system maintenance displaying inaccurate data on their frontend web systems… Or hackers got a hold of a batch of debit cards accounts. IF… IF there is a real problem, don’t that their Information Technology, Security and Fraud Teams have already been working the issue. Sometimes it better to figure out what’s going on before releasing inaccurate information. Chase has 24/7 customer support… so their chat bot is closed during the weekend… dude needs to pickup the phone call and check on his… Read more »