My father and I spent two days and two nights in Havana, Cuba this past weekend. It ended up being a great trip and we both had a blast experiencing a new city/country together. Looking back though, I am realizing that we made some pretty big and pretty rookie travel mistakes…

While my travel mistakes happened while in Havana, they apply to a much broader scope of travel. Hopefully these mistakes will serve as a great example of what NOT to do on your next adventure!

Do as I say, not as I do, and don’t screw things up like we did!

Mistake #1 – Not bringing my wife on the trip

I love my wife and she is my favorite travel companion, but the mistake here is not a cute and sweet lovey dovey moment, but rather a practical one. People in Cuba primarily speak Spanish. I do not. You would think that after 3 years of High School Spanish classes I would have been able to form a sentence or two, but no…

My wife, however, does speak Spanish! Having a Spanish speaking companion on this trip would have been a big help in navigating the city and could have saved us time figuring things out and eliminated the hand signal communication that occurred. Luckily for me, she did teach me the Spanish words for left and right – which came in handy while instructing taxi drivers how to take us to our destinations!

Next time I visit a Spanish speaking country, I will make sure I bring her along!

American credit cards and debit cards do not work in Cuba, so you will have to come with enough cash to last the full length of your trip, which we did. The mistake was not in the quantity of cash we brought, but rather the type of cash we brought. The main currency that travelers will utilize in Havana is the Cuban Convertible Peso (or CUC). While the actual foreign exchange rate between USD and CUC is $1 to 1 CUC, if you come to Havana with USD, you will encounter a 10% embargo penalty, on top of the 3% currency exchange fee – leaving you with just .873 CUC for every $1 exchanged!

I really should have known this and it seemed that most other US travelers did. Had I performed better research, I would have noted the penalty and exchanged my money to Canadian dollars or Euros at my local bank prior to arriving in Havana.

We had an early flight out of Havana, so we arrived at the airport at around 6:00am. As soon as we arrived I noticed the airport seemed to look different than when we arrived… oh well! As soon as we get inside I look for the Southwest check-in counter, but I can’t seem to find it? Then I look up at the departures board I noticed there were no Southwest flights in sight? Uh Oh… WRONG TERMINAL! We were in Terminal 3 and needed to be in Terminal 2! José Martí International Airport is not a large airport, but apparently there are multiple terminals, both with international flights to the US. While the main Terminal 3 housed operations of American Airlines and jetBlue, Southwest operates out of Terminal 2, which cannot be accessed via Terminal 3. Luckily for my dad and I, there were taxis available, so we grabbed one and made the mile long trip to Terminal 2.

Ok, so we had money, but in the form of US dollars and not CUC (local currency). I thought I budgeted perfectly and had spent the last little bit of CUC on our taxi from the hotel to the airport! I did not account for Mistake #3! Taxi drivers do NOT like it when you run out of money while in the back of the cab!

So what happened? Well the taxi driver became very angry. We offered him about 2 CUC in change but he demanded 10 CUC for the 4 minute ride! We started to walk away as he scolded us in Spanish, but then he began to call for the police – I may not speak Spanish, but I know what “policia” means!  I opened my wallet, handed him a $20 bill and moved on. Did he deserve $20 for that short little taxi ride? No. But I was ready to get out of there and had no desire to put up a fight or plead my case to a policeman in a foreign country.

And while we are on the subject of taxis…

Mistake #4 was not our only taxi fare mishap… I struggle with fare negotiating as I just want the price to be the price, but in Havana, there is always room for negotiation. We were burned a couple times by drivers who demanded an amount at the end of the trip that we thought exceed the actual service provided. Negotiate your taxi fare and agree on the price pre-trip!

Agree on a price pre-trip and haggle down to the price that you know is appropriate. For reference, a trip from the airport should be no more than 30 CUC and a trip anywhere in the city should cost you no more than 10 CUC.

Did we do ANYTHING right?

Things in Havana were not all bad though, and there were a few times that my travel savvy-ness led to great success!

Success #1 – Bringing my Dad on the trip

He doesn’t speak Spanish like my wife, but he is physically larger than my wife and could back me up if things got sour in taxi negotiations… or back room illegal cigar negotiations… not that this ever occurred. He is also a pretty fun guy to travel with!

It felt comforting to know that we were backed by a reputable American hotel brand which provided us recourse if anything did go wrong. Plus, I earned Starpoints!

This proved to be a huge time saver both on departure and arrival. We were able to cruise right through check-in and didn’t have waste time and wait at baggage claim, since many passengers decided to pack everything that they owned. That is what I call a load of bags…

Since we didn’t have cell service or wifi, offline maps was a must! The maps.me app allowed us to pinpoint our current location and destinations throughout the city without being online.

Sometimes it is nice to wander in a new city and take in all the sights without a strict plan. But when you only have two days and tons to see, it’s better to have a plan! We had a bike tour and all our dinner reservations booked ahead of time to limit time wasted on searching and decision making. Mistake happen. Even the most experienced travelers screw up sometimes. I don’t claim to be an expert, but I have done quite a bit of international travel and probably should have avoided most of the mistakes I listed above.

But, we live and we learn and now I can turn those silly mistakes into learning experiences… right? Let’s at least hope so!

Misery loves company, so does anyone else out there have travel mistakes and mishaps to share!? 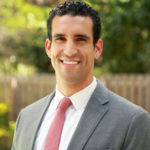 Derek is a CPA (the reason behind the “Accounting” nod in the title of the blog) who happens to have some serious experience and insight into the world of points, miles and credit cards. Derek has picked up an array of points and miles techniques that allow him to travel around the world for pennies on the dollar. And the best news is that he is willing to share them all with you! Your next trip is waiting… The Barclaycard Arrival Plus – Why I applied! Four Points Sheraton Havana: The Only US Branded Hotel in Havana, Cuba 5 Things to Consider When Traveling With Friends

Interesting, thanks for sharing! One of my recent mistakes: not finding a way to use Uber from the train station in Zurich. Our 15-mile metered taxi ride to our hotel ended up being 120 Euros instead of ~50 if I’d used Uber. 😐

Were US passport holders able to exchange non-US currencies there? Seems I’ve seen issues when trying to exchange a third currency (such as Euros for CUC).

Just got back from a 10-day trip in Cuba. Three exchanges from EUR to CUC and exchanging back to EUR were without problems