The Full List of Airbus A380 Routes From North America 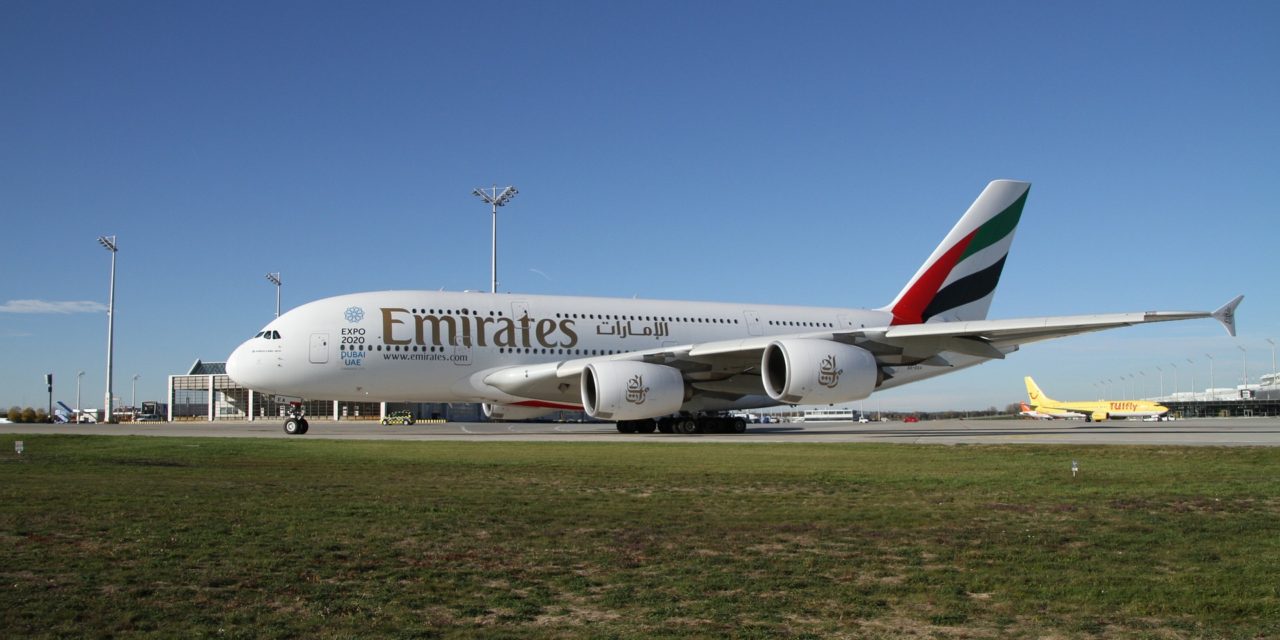 Author’s Note: As many have pointed out in the comments, there are some routes missing. That’s what I get for going to Airbus as the source. As such, this directory is a work-in-progress and I will be updating regularly as new information comes through. Hopefully it’s still a good source of information for you all!

The Airbus A380 has been in production for a little over 10 years and with the almost year-old rumors of the program shutting down for good, I thought it would be cool to take a bird’s eye view at the use of the A380 within North America. And since I’m on such a roll with lists today 🙂

It should be noted that no major U.S. carrier flies the A380 at this time and the global leader with flights to North America is really no surprise – Emirates with eight: 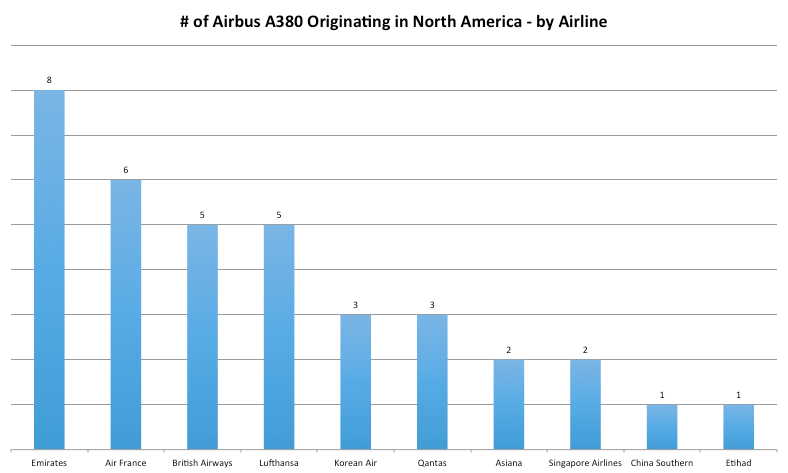 The destinations of A380 flights from North America almost directly coincide with the airlines listed above, save for Qantas which splits its two flights into Sydney and Melbourne: 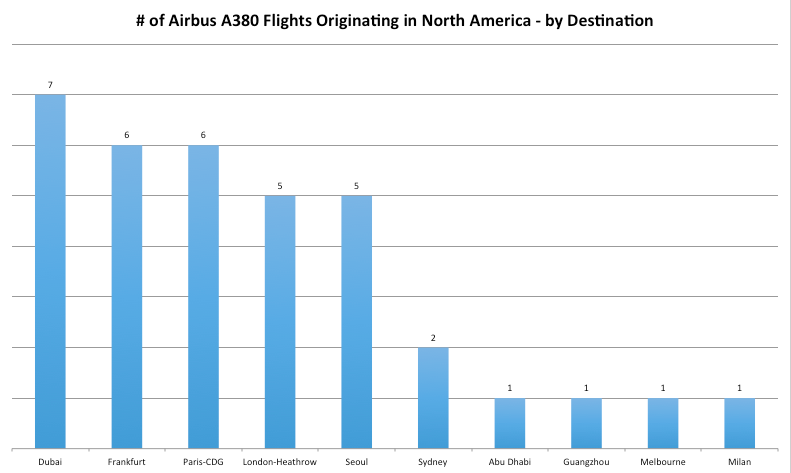 The North American city with the most originating A380 flights? Not surprising with LAX since it serves as a major hub to Asia: 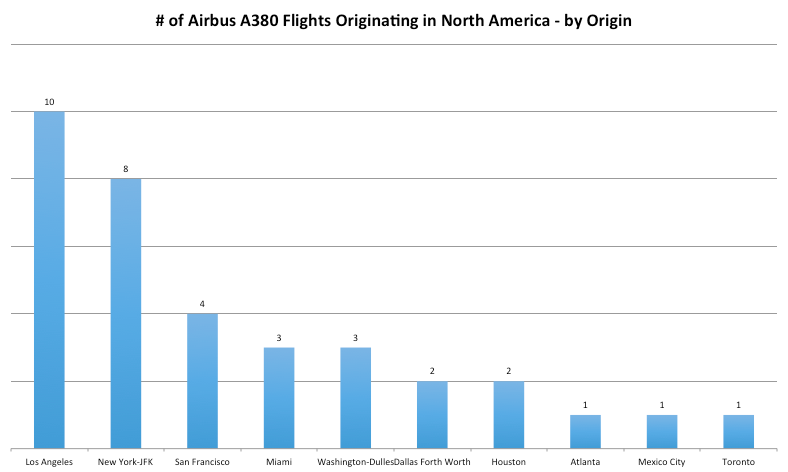 And now for the complete list of city pairings and the airlines who fly the routes:

Let me know if there is any other data you’d like to see and I’d be happy to get it to you.

Strange that BA doesn’t fly the A380 to JFK

JFK-MXP should be Emirates in the table

The Short Final
Reply to  Sean

BA flies to Chicago from London once a day

Here is a new tool which shows all latest A380 routes
https://www.flystein.com/airbus-a380-cool-facts/#where

The Short Final
Reply to  Jorge

This post is just North America, but I’ll get you on the next one!

Jorge
Reply to  The Short Final

Haha did you fail geography? Mexico is part of North America

The Short Final
Reply to  Jorge

Thanks, this information is useful and this type of posting is rare. We see too many lounge reviews – of the same lounge in a month’s time by several different bloggers.

The Short Final
Reply to  Kasperlos

Glad I could help! If you have any other questions feel free to e-mail me or comment further. Thanks for reading.

Singapore flies JFK to FRA with an A380

The Short Final
Reply to  Christian

Emirates also flies an A380 from IAD to DXB

An odd request, but how about A380 routes with an actual bar space in J (i.e. somewhere to sit and have a drink that isn’t your assigned seat)?

The Short Final
Reply to  Ben

Sure thing. I’ll look into updating with that info!