Here are a few other articles from around the travel web that I think you may find interesting:

The Friendliest Cities in the U.S. – Conde Nast Traveler

I’m not surprised these are all smaller cities. Charleston and Savannah do not surprise me in the slightest, but there are some other great ones I would not have expected on this list.

I had a feeling one of these was in the works, given how badly United has treated customers. They’ve since changed their tune a bit after securing a federal bailout. But it shouldn’t take this measure for them to abide by U.S. Department of Transportation regulations.

United Airlines Pilot: I Brought Coronavirus To The U.S. Before Health Authorities Say This Started – View from the Wing

There has been more than a little speculation that the coronavirus arrived earlier and more widely than the official timeline. The fact that the WHO was still saying there was no evidence of person-to-person transmission on January 14, 2020 now sounds absolutely ridiculous.

From stories like this, I would not be surprised if this virus has been far more widespread (and therefore far less deadly) than official estimates based on the testing numbers. My wife and I were both sick in late Feb/early March. We’re very healthy, and symptoms were mild. But they were respiratory, which isn’t normal.

Check out the recent coronavirus story roundup if you haven’t already. Feel free to comment here if you find other interesting points, miles, or travel stories! 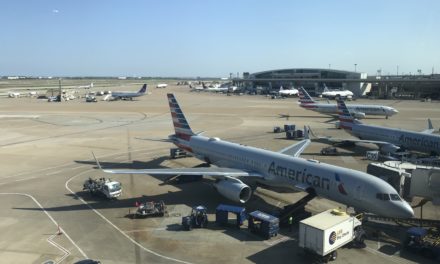