Is this leaked image showing the new Aer Lingus colours? Aer Lingus are introducing new colours for their aircraft. The official unveiling is scheduled to take place on Thursday, 17 January 2019 in an event that will be closely watched in Ireland.

What will happen to the green aeroplanes with their shamrock logo tails? People have been speculating that the brand refresh will mean a lot of white and this could be true.

In the digital age, it is becoming increasingly difficult for companies to keep things under wraps. The airline industry is no exception, as it’s not easy to paint an entire aircraft and then keep it hidden.

A image has been doing the rounds for the past day or two, which is apparently showing the forthcoming Aer Lingus colours. At least one person who is reportedly in the know says the below is not reflective of the new scheme. Changing the branding is not something the Irish carrier does on a regular basis. The current scheme has been in place since 1996 and prior to that the previous one arrived in 1974.

Clearly the major change – if the above image is correct – is the loss of all the green which covers the aircraft today. This will bring Aer Lingus into line with all the other airlines with mainly white aircraft.

Whether the leaked image is a true reflection of the new Aer Lingus colours or not remains to be seen. The big unveil will be in just a few days time so hopefully whatever they do looks amazing.

What do you think of the drawings above? Is it a good change for Aer Lingus or do you prefer the current livery? Thank you for reading and if you have any comments or questions, please leave them below. Do you think India’s Jet Airways will fly again? Does anyone remember the very useful Douglas DC-4? What happens when you lose your bag at airport security?

Check out this image… 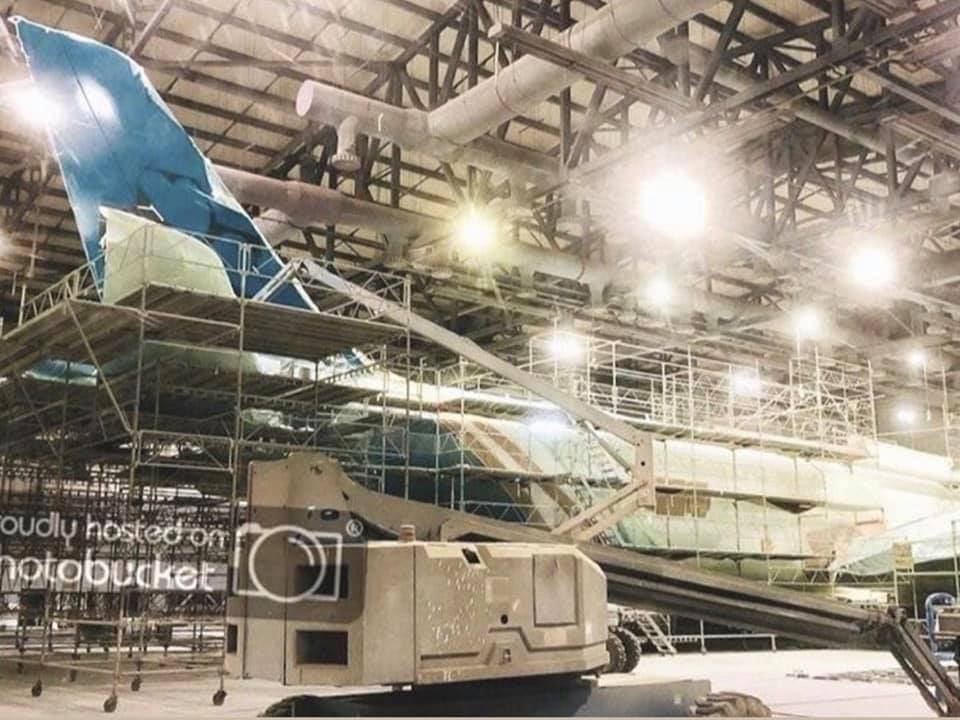 Oh, thanks for linking that image. It certainly doesn’t look too different to what is in the drawings then. Very interesting – appreciate you bringing that to my attention! 🙂

I like it, but will the green match the interior green of the aircraft?

Well, looking at the photo that has been posted in the comments here, it won’t be too far off!