How Carnival mishandled onboard Coronavirus response After the government bailed out airlines and hotels, they left out Cruises for good reason. However, a new extensive report shines light on how Carnival mishandled the spread of Coronavirus on board.

This report by Bloomberg paints a grim picture of how Carnival mishandled the situation as Coronavirus spread on board. It also highlights passenger plight on board.

Of the first 46 crew and passengers who were tested for the virus, 21 were positive. President Trump suggested they should be prevented from disembarking. Trump implied that the vessel’s caseload would make it look like the U.S. was doing a poor job of handling the pandemic. “I don’t need to have the numbers double because of one ship,” he said.

“Each ship is a mini-city,” he says, and Carnival’s response shouldn’t be condemned before “analyzing what New York did to deal with the crisis, what the vice president’s task force did, what the Italians, Chinese, South Koreans, and Japanese did. We’re a small part of the real story. We’re being pulled along by it.

If you buy his argument, you also can say that governments that have mishandled the crisis are being criticized. In the same way, shouldn’t Carnival’s CEO also take full responsibility?

Cindy Friedman is the chief epidemiologist who leads the CDC’s cruise ship task force. She looks at the whole scenario in a much different way. According to her, many Carnival ships hadn’t started sailing before the company got to know about the risk. In spite of that, they proceeded.

Maybe that excuse flies after the Diamond Princess, or maybe after the Grand Princess. I have a hard time believing they’re just a victim of happenstance. Nobody should be going on cruise ships during this pandemic, full stop.

The report elaborates further about a slew of lawsuits that followed. Also, this wasn’t Carnival’s first brush with the law.

Australian police have launched a criminal probe into whether the company’s Princess Cruises subsidiary misled authorities about an outbreak aboard a ship docked in Sydney, and its Costa Cruises subsidiary is facing multiple passenger lawsuits regarding its Covid-19 response.

In 2017 the U.S. Department of Justice fined Carnival’s Princess line a record $40 million for dumping oil-contaminated waste at sea and falsifying official discharge records to cover it up. Last June, (CEO) Donald himself entered a guilty plea on behalf of Carnival for violating the terms of its settlement after authorities discovered that its ships kept on dumping even after the 2017 ruling.

The travel industry is already reeling. The cruise industry is a massive and complex large scale operation. While one can understand how difficult the situation may have been, the buck stops with the top leadership at Carnival.

Given the media coverage of cruises off late, the future looks grim for the cruise industry. Also, cruise lines have often been accused as playing fast and loose with the law. They incorporate their companies abroad, but still to ask for a US government bailout.

What do you think about the way Carnival handled the onboard Coronavirus outbreak? Was it simply a lack of preparedness, negligence or malpractice? Tell us in the comments section. 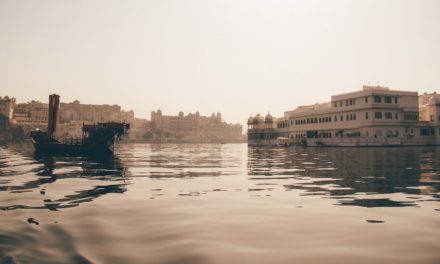 Carnival acted in a disgraceful fashion, which is not exactly breaking news, although thank you for bringing up these fresh instances since it’s always good to have current information. What will be interesting to see is how they come up with the money for all these lawsuits. While winning a lawsuit against a cruise line is notoriously difficult in the US, it’s not unheard of, particularly in really egregious situations like this. Carnival used to self-insure. I hope they socked away a lot of money doing so.

First, this is from Bloomberg. Their bias against cruise lines is typical of this media outlet. Second, when many cruises left in early March the problem wasn’t a known issue in most cruise port areas like Miami. It’s like saying airlines should have stopped taking passengers to Hawaii or Europe. Many of the cruise outbreaks got worse because countries like Japan refused to let the passengers off the ships out of fear. Hindsight is always easy to see issues after the fact when it’s not live.

Hi DaninMCI, Thanks for reading. Regardless of which media outlet published this, the facts of the case show clear mismanagement on part of Carnival. Also, it seems like they didn’t have the right procedures in place to handle any sort of public health issue on board. Also, the CEO denies any accountability whatsoever. “Since 2016 the company has failed 3% of CDC ship health inspections—three times worse than rival Royal Caribbean Cruises Ltd., which fails 1% of inspections. In an interview, these statistics seem to surprise Donald. “What? We fail health inspections?” he says when asked about them. After gathering… Read more »