After spending three days exploring the wonderful city of Taipei, my son and I were off to mainland China for one day before heading home. I’d booked us a killer one-way deal on Xiamen Airlines that had a layover of about 23 hours, giving us time to explore Xiamen. I didn’t mind the economy return, even after our excellent China Airlines 777 business class experience. Although we were flying the cheapest of cheap economy tickets, we were able to access the Airlines VIP Lounge Taipei Songshan (TSA) airport.

I typically turn to Priority Pass to provide lounge access, but this time I wasn’t getting anywhere. Taipei Songshan, the older airport in the middle of Taipei, doesn’t have any participating lounges. The primary Taipei airport is actually a good distance from the capital, but it is easy to access via the MTR.

But I had a card up my sleeve: my SkyTeam Elite status, granted by being a Delta Platinum elite. Xiamen Airlines is a SkyTeam member. The benefits allowed us to both skip the very long check-in line and access the Airlines VIP Lounge Taipei Songshan since we were flying with Xiamen. The check-in agent was even kind enough to print off the lounge invitations for us.

Songshan Airport is fairly small, so it is an easy walk to the Airlines VIP Lounge. There have actually been many calls to close Songshan airport and replace it with a park. We were greeted at the lounge check-in counter by friendly staff who took the printed vouchers and ushered us in. The Airlines VIP Lounge Taipei doesn’t have a lot of character, but there are plenty of seats, consisting almost exclusively of armchairs. There are some couches close to the windows. Most of the armchairs are arranged in pairs along the dividers in the middle of the room. The dividers do give you a bit of privacy when seated, and it is much better than a large, open space. There are ample power outlets, which is nice. Each pair of armchairs has an outlet between them. There are a couple TVs showing upcoming flight departures. I was curious what a small, quiet lounge like this might offer in terms of food. The Airlines VIP Lounge Taipei had a decent number of options, but I didn’t find that any of it was all that good. We had an evening departure, so the food consisted of dinner items. There hot options included a couple pots of rice. On the other side were some dim sum offerings, including chicken and pork dumplings. There are a handful of cold foods as well. Nothing looked especially appealing. I only tried the chicken dumplings, which were downright gross, especially after eating at Din Tai Fung for lunch. My son enjoyed the juice. That is about all that was good. I wouldn’t hold high hopes for a great dinner here. There is Taiwanese beer in the cooler, but the lounge doesn’t offer any wine options, unfortunately. Other beverages include Coke and Sprite, orange juice, and some very…odd…plum syrup. I don’t know how to describe the flavor. It reminds me of something that I still cannot place. It’s like plum wine that has gone bad.

While the Airlines VIP Lounge Taipei might be one of your only options flying out of Songshan airport, it isn’t half bad if you’re looking for a quiet place to relax and charge your devices. The food options leave a lot to be desired, however. Luckily, this wasn’t that big of a deal, as Xiamen Airlines fed us on the 90-minute hop! In economy. I was impressed. More on that in another post.

Summary Quiet, relaxing space when flying out of Taipei's city airport with food that leaves a lot to be desired. 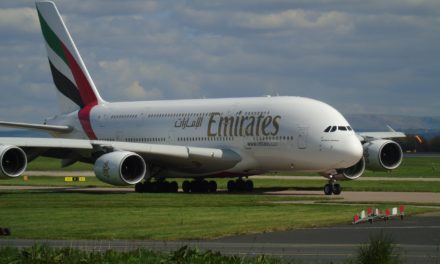 I stopped at that lounge as part of a DEN-IAH-TPE, TSA-HND, NRT-DEN itinerary I flew earlier this year. It wasn’t nearly as entertaining as planespotting from the open-air observation deck at Songshan, although it was much cooler!

I found out about the observation deck belatedly. Wish we could have run up their briefly.