The vagaries of travel (read: a cancelled flight) meant that instead of flying Chicago to Dublin on Aer Lingus, I wound up on this American Airlines flight instead. It was a win for me as I ended up in Main Cabin Extra, perhaps giving a more comfortable experience than I would have had otherwise.

After arriving from Cleveland, I spent some time in the extremely busy Admirals Club lounge before heading down to the gate. Boarding was called by group number, with seemingly hundreds of people in Group 1 before I was able to board in Group 2.

I rather love the fact you can change your seat on the American Airlines app after check-in, which resulted in me snagging row 17, the bulkhead row. This gave me more space as you can see on the scale seating plan, plus no-one could recline into me. The seat beside me was also free, so that was a score!

The first row of Main Cabin seats on the Boeing 777-200ER are arranged two four two, as opposed to three four three. You don’t have any extra seat width, it seems just to be to create more aisle space in this area. 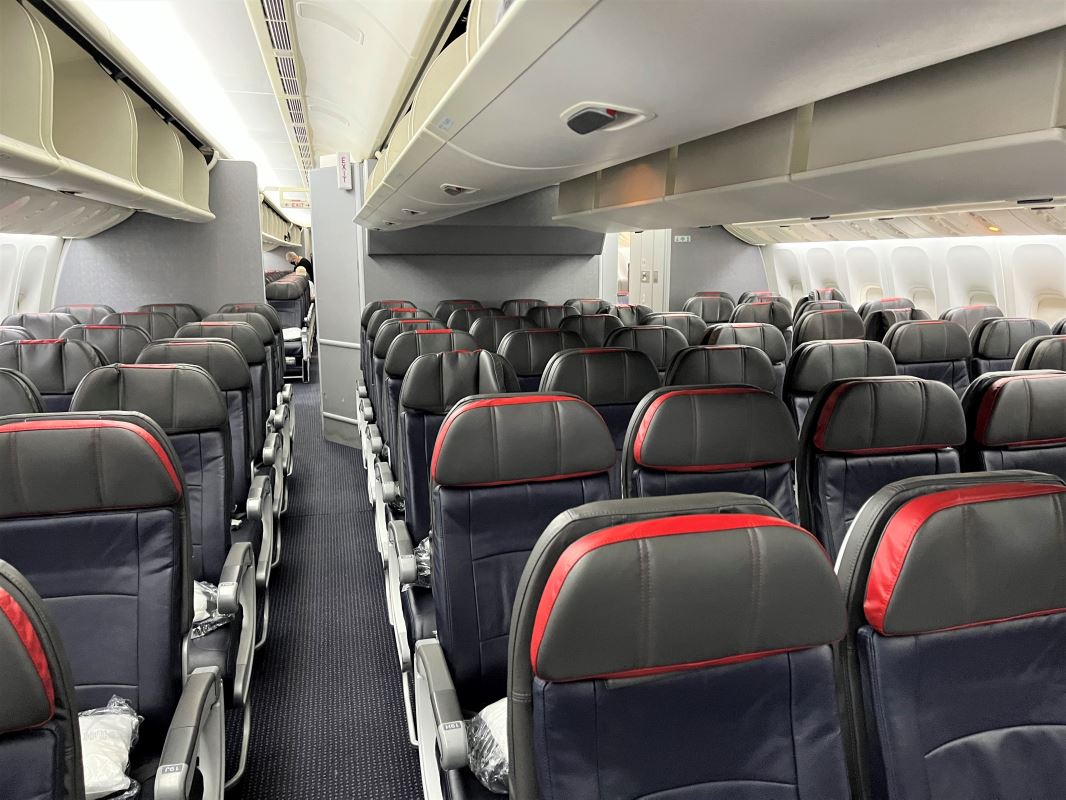 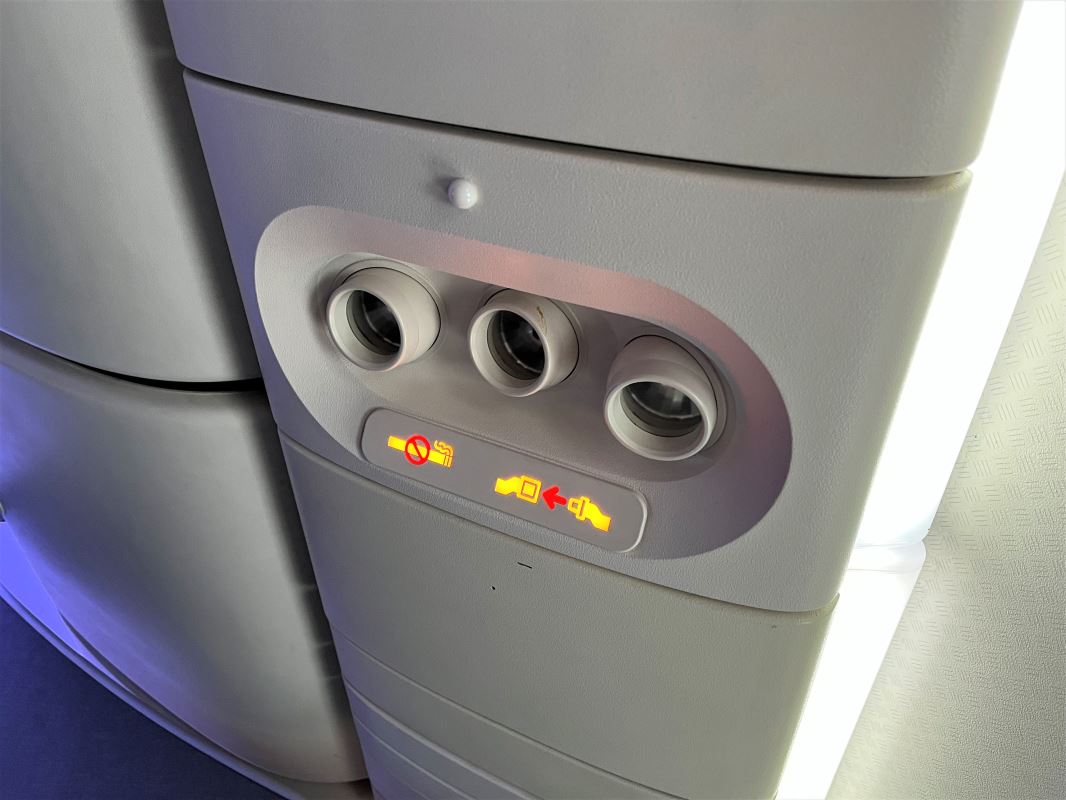 The entertainment controller is in the side of the armrest. Screens pop out of the arm rest from the front. The moving map is fairly okay, but more modern ones exist.


What was weird is that the PTV comes out and sits at a strange angle when in use. This eventually didn’t matter, because later on mine stopped working altogether, showing only a Panasonic error message.

Screens are also located in the bulkheads but alas mine was also broken for the duration. That meant I didn’t see the video safety demonstration before take-off, but I could check out the safety card so all was not lost. Climbing out of Charlotte. Nice views in the turn. 
Enjoyably, we had lots of turns after we took off, which meant some lovely views of the local area. The United States is always seriously pretty from above and I do like flying there.

After a while the flight attendants went by with their trolleys to serve Premium Economy. Once done, it was my turn and I went for the chicken dish, which was duly presented. Another crew member offered me a drink, so I asked for a vodka and orange. Fold out trays in the bulkhead row. A Main Cabin dinner is served. Once all the plastic wrapping is removed, it looks like this. A basic chicken and rice dish. About a gallon of vinaigrette… … for a very tiny salad! Here is the yummy Aztec Cinnamon bar for dessert on the tray liner. Some inoffensive cheese to finish.


The chicken dish was edible and generally forgettable, while the sheer size of the vinaigrette packet versus the salad amused me no end. Dessert was tasty – I always like sweet things. All round, no complaints here.

Happily the toilets remained clean during flight, something that is always appreciated. We cruised serenely through the night, until eventually the mood lighting brightened up the cabin and it was time for breakfast. No choices this time, you got what you were given. Mixing two together and plastic cutlery. 
I was actually quite happy with what we received. Yoghurt and granola is a breakfast I regularly have at home, and the fig bar was nice. The coffee was passable, but that was my own fault, as I didn’t quite catch the crew member barking about cream to me. Once done, it was cleared up and we had an on time arrival in Dublin.

Travelling in economy class across the Atlantic is a fine enough way to travel. With edible food, generally pleasant flight attendants and a quiet cabin atmosphere, it’s pretty good. Of course, add one screaming baby to the mix and I want to jump out of a window, but they must have all been on another flight (probably Aer Lingus!).

What wasn’t great was the fact something was wrong with my entertainment system. It didn’t matter, because I missed being given headphones as the same barky crew member whisked past me before I had a chance to reply. Oh well! I was just happy to have a blanket though as the cabin was quite cold where I was. That plus the pillow made closing my eyes and attempting to sleep sitting up a bit easier.

Have you flown economy class on American Airlines on a long flight before? How do you rate their Main Cabin experience? Thank you for reading and if you have any comments or questions, please leave them below.

Vodka and orange? Over here we call it a screwdriver! Breakfast looked a little skimpy but a shorter flight so….interesting review.

Haha! Yes, I know it’s a Screwdriver 🙂 But I never know who does and doesn’t know that so I order it as vodka and orange. Ahh yeah breakfast was skimpy but nice enough – as you said, short flight so dinner was not all that long before.

I can live with the entertainment system failing but not barking cabin crew.
Think I’ll give American a miss.

[…] This was published by BoardingArea, to read the complete post please visit https://travelupdate.com/aa-main-cabin-extra-charlotte-to-dublin/. […]