What Happened to the Eastern Air Lines Reboot?

The airline had hoped to begin regularly scheduled passenger flights just months after their first charter flight.  Regularly scheduled passenger flights were anticipated to begin sometime in 2016.  All flights would operate from the airline’s hub in Miami and would be flown using Boeing 737s.  Eastern Air Lines even had a frequent-flyer program ready to launch, LatinOnePass.  However, nearly two years since Eastern’s first flight, the airline’s future is looking bleaker with every passing day. Eastern Air Lines CEO, Vincent Viola, reportedly considered selling his share in the company.  Viola was said to have been considering selling his majority share in Eastern Air Lines in favor of a minority share of Swift Air, an American-based charter airline.  The billionaire was, for several weeks, President Trump’s nominee for Secretary of the Army.  However, he recently dropped out of the running citing ethics concerns.

Additionally, according to Dealbreaker, Viola’s companies need him.  “The former official said Mr. Viola felt he was unable to sell his interest in some of his holdings because doing so could have destroyed those companies.”

When the majority shareholder of an airline considers selling their shares to invest in a competitor (be ethics concerns or something else), that’s typically a red flag.  However, it should be noted that Viola has yet to sell his shares at Eastern.  Though it should also be noted that Eastern Air Lines is just a small piece of Viola’s portfolio.  Viola is worth nearly 2 billion dollars as of December 2016 with business throughout the world.

The Airline Has Yet to Seek Regularly Scheduled Passenger Flights

A big part of what Eastern Air Lines was going for was regularly scheduled passenger service.  Aviation analysts and industry geeks both praised the airline for pacing itself.  The decision to operate as a charter carrier for the first year or so was viewed as a smart decision that would allow the airline to generate revenue and recruit pilots and crew.  However, Eastern was only supposed to operate as a charter airline for twelve to eighteen months.  It’s been nearly 24 months since the airline’s first charter flight and the airline has yet to seek approval to begin scheduled passenger service.  The process in which an airline seeks FAA approval to operate regularly scheduled passenger flights can last for months and is not a minor hurdle. Eastern Air Lines’ decision not to seek regularly scheduled passenger service could just be a delay or it could a sign of something else.  The airline could very well have ditched plans to operate regularly scheduled passenger service in favor of charter flights.  It could also be the result of financial troubles at the airline.  Unforutenlty, little is known about why Eastern has yet to seek approval for passenger flights so any of those three scenarios could be likely.

The MRJ is Delayed, Again

Eastern Air Lines ordered 20 of Mitsubishi’s MRJ90s.  The MRJ90 is expected to accommodate up to 90 passengers and has a range of 1550 nautical miles.  Those twenty MRJs were to compliment the airline’s 17 Boeing 737s.  However, after a fifth delay at Mitsubishi, Eastern Air Lines will likely have to wait until 2021 to receive its first MRJ90.

It’s also worth mentioning that the airline experienced a major setback after an incident involving one of its first Boeing 737s in LaGuardia.  The aircraft was damaged and underwent repairs.  The aircraft is back in service, however, after undergoing costly repairs and months of lost service potential. Probably not the best indicator of a failing airline, terrible social media can indicate trouble.  Eastern Air Lines used to manage a public Twitter account, as most airlines do.  However, this is no longer the case.  The airline hasn’t tweeted since September of 2015 and finally made their Twitter account private.  Additionally, the airline doesn’t share any details about flights or operations on either of its two active social media platforms.  On Facebook, the airline is active sharing vintage Eastern Air Lines ads.  What I’m getting at here is that the airline has no intention of allowing passengers or media to easily inquire about operations.  This is another indication that the airline will just continue to operate as a charter carrier.

A lot of aviation geeks really wanted to see the new Eastern Air Lines work.  The airline and its shareholders had what seemed to be a pretty solid plan for operating a new airline in a very competitive industry I might add.  The new Eastern was to start up flying charter flights and within a year, would start regularly scheduled passenger flights with a fleet of four or so Boeing 737s.  Here we are, two years later and there’s no talk of regularly scheduled passenger service.  To make matters worse, the airline’s CEO doesn’t appear to care that much about this venture.  Now, add the expensive cost to repair a Boeing 737 and another delay of an entire fleet of regional jets.

What do you think about the “new” Eastern Air Lines?  Do you see the airline beginning regularly scheduled flights in the future? i predict their demise prior to becoming a scheduled airline. When the CEO of a company wants to sell his share, you know things are not exactly going wonderfully. Besides, the fact that they fly Bernie Sanders around is disgusting – I can’t stand the liberal dipshit. 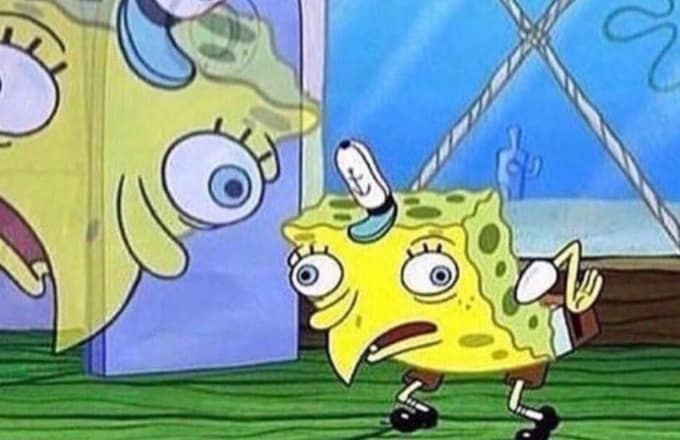 “tHe FaCt thAt THey fLy bErnie SaNdeRs aRoUnD iS dIsGuStInG – i CaNt staND thE liBEral DiPsHiT.”

Bernie Sanders supporter here. Thanks for your super insightful comment. 🙂

You are more than welcome Max!

“Liberal Dipshit” when they literally flew Mike Pence around for the 2016 Campaign. I can’t stand the ignorance in your comment.