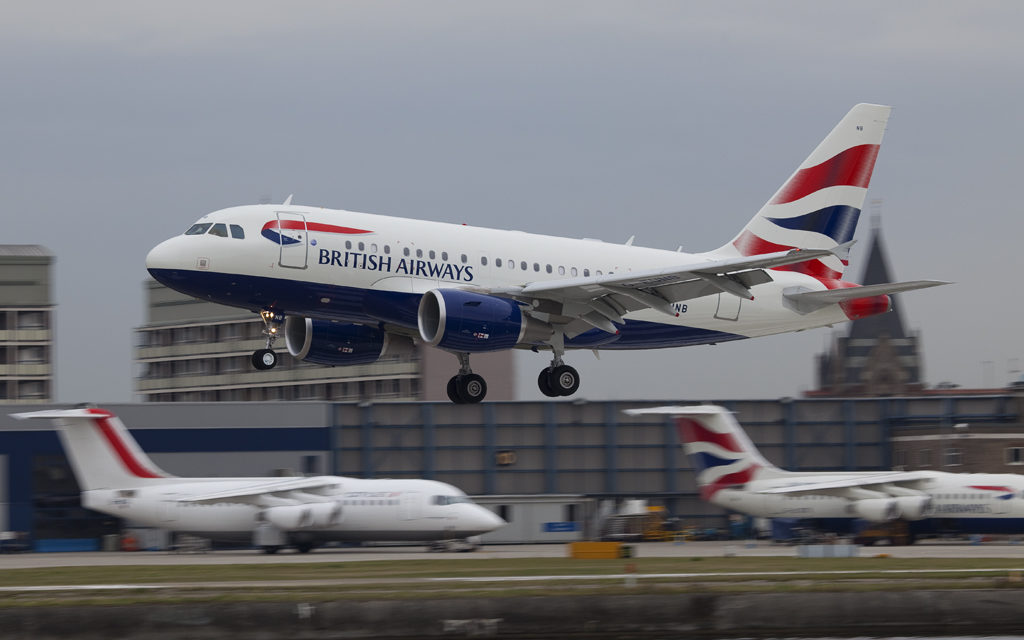 With the coronavirus pandemic depressing travel around the globe, many airlines have been accelerating the retirement of various products and aircraft in their fleets. The saddest news was the immediate retirement of British Airways iconic 747-400 fleet. Air France has also gotten rid of their Airbus A380s, and Lufthansa will likely retire many of their older aircraft. They are still flying some of their 747-8s to the United States (currently LAX and ORD), an aircraft that I would love to experience someday.

Yesterday the news broke of yet another iconic aircraft and route being retired: the British Airways all-business-class A318 that flies between London City Airport and New York City. This is one of those unique experiences that several bloggers have taken over the years.

This is yet another development that makes me sad as someone who loves experiencing new aircraft and airlines. While not at the top of my list, the “babybus” was one of those experiences that I would certainly have considered flying at some point. Alas, now I’ll never have the chance due to the pandemic. Here are three other Avgeek experiences I may never get to enjoy thanks to COVID-19.

Flying Aboard an Airbus A340

I covered the potential end of commercial A340 service in a previous post, but I wanted to highlight it again. Very few airlines still operate the aircraft. There weren’t all that many to begin with, as it was never a hot seller. Off the top of my head, I knew that South African Airways, Virgin Atlantic, Iberia, and Lufthansa all operated variants of the A340.

Of these, Lufthansa was always the one I expected to experience. Then South African Airways went bust. Virgin Atlantic also retired its remaining A340s, which were slowly being replaced anyway. And now Iberia is getting rid of their remaining four-engined aircraft. The only airline that is still currently scheduling their A340s is Lufthansa. There is currently A340 service scheduled between Frankfurt and at least three U.S. cities.

So I may not have actually missed my chance. However, I’m not sure how long the window will be open, and I do not have any plans to fly to Europe in the near future. Maybe I need to plan a last-minute trip to an open destination in first class on the A340-300? International first class across the board may be an unfortunate casualty of the coronavirus pandemic. With British Airways retiring all their 747s, they have eliminated most of the first class seats in their fleet. Their new 787s and A350s only have business class, although the business class suites on the A350 are reportedly excellent.

I’m hoping that demand for premium cabin travel will rebound eventually, and that Korean will continue to offer this, especially on their 747-8 aircraft. I can’t imagine that they will shell out the money to actually remove the first class seating, so this is (at best) just a temporary blocking of ticket sales for the product. I’m hopeful that I’ll get to experience Korean First Class at some point still!

At least the Japanese carriers have no plans to retire first class. Those are experiences that are also high on my list.

The retirement of all of Qantas’ Airbus A380s means that the carrier’s iconic first class product may never return to the skies. Australia’s flag carrier does not offer first class on their Boeing 787s or Airbus A330s. Only the A380 has this impressive offering. It is one of the miles and points “unicorn” redemptions that can be extremely difficult to find and book.

Qantas has decided to mothball their A380 fleet until 2023. This represents a significant chunk of the remaining service life, so there is definitely the potential that the aircraft are quietly retired. With IATA now projecting that air travel demand may not return to pre-pandemic levels until 2024, it could be increasingly likely. However, that is also four years from now. A lot could change.

The pandemic has showed me that you shouldn’t wait forever to book some experiences. Airlines typically phase out their aircraft, routes, and products with advance notice. I figured I’d at least have a window of opportunity to enjoy all three of these (and other experiences). But I may miss the boat forever.

Is there an aircraft or airline product that you’ve missed out on due to COVID-19? Is there one you’re glad you flew since it is now gone?

i missed out on the A340 when Lufthansa swapped one out for an A350 last year, so I’m with you there. First class on Qantas is exceedingly tough to get on miles at the best of times anyway, so I’m not sure that makes much difference. My personal biggest regret may be not having flown a 747 in first class since Pan Am.

Bummer! I hear mixed “reviews” of the A340. Some people hate it and say it’s a terrible aircraft. Others think it’s totally worth flying. I really want to give it a spin at least once. Bummed LH is flying the -300s instead of the -600s right now, though.

I am so glad now that I flew United (yes, even United) first class on a 747 before they retired theirs. I figured I’d have a few more chances to fly the Queen, but now those are dwindling rapidly.

for the A340 i really hope to be able to fine a 346 and have Lufthansa bring theirs back. the lower deck washrooms really interest me lol. but Air Belgium is a airline that runs entirely on 343’s so hope to fly them in the future between the Caribbean and Belgium