Perhaps the oldest and simplest cultural exchange one can undertake, is trying world cuisines. Essentially, a plate of food can offer insight to the culture and local customs of its origin. It was a pleasant surprise when I stumbled upon an article that highlighted countries with the greatest influence on world palate. Joel Waldfogel’s paper, titled ‘Dining out as a cultural trade’, used restaurant listings from TripAdvisor, Yelp, Tabelog and sales figures from Euromonitor to estimate world ‘trade’ in cuisines from 52 countries. He denotes domestic consumption of foreign cuisine as an ‘import’ and foreign consumption of domestic cuisine as an ‘export’. The balance between the net export and import dictated the top 5 cuisines that influence the world palate.

Italy, unsurprisingly, was the largest exporter of its cuisine. And United States with its purchasing power and appetite for world cuisine, the largest importer. The most popular cuisines or the greatest influencers of world palate are;

The graph below, summarizes the largest “net exporters” and “net importers” of world cuisine, according to Waldfogel’s study, as published in The Economist. Interestingly, Waldfogel notes that the market for food at restaurants, is roughly ten times larger than the markets for music and film and that  “..cuisine trade patterns more closely resemble migration patterns than patterns of food trade or patterns arising from the extent of arable land in origin countries“. Personally, I was elated to see my favourite cuisines make the top exporter list, in no particular order;

As a visual person, I love graphical representation of data and am glad I stumbled on Waldfogel’s paper through The Economist. If interested, the cheapest way to access Waldfogel, J. J Cult Econ (2019) would be through a city/college library. 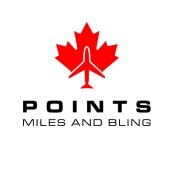 Anshul was a hyper mobile professional, traveling across 5 continents, to recruit international students for Canada. Now he travels on miles and points and loves to share his personal travel gaffes and triumphs. Buy points at 1.71 cents a piece, with Hyatt 40% bonus promotion Earn up to $150 in Amex Gift Cards with each hotel booking in Vancouver!